4 Common Warehouse Injuries That May Require a Workers’ Comp Claim 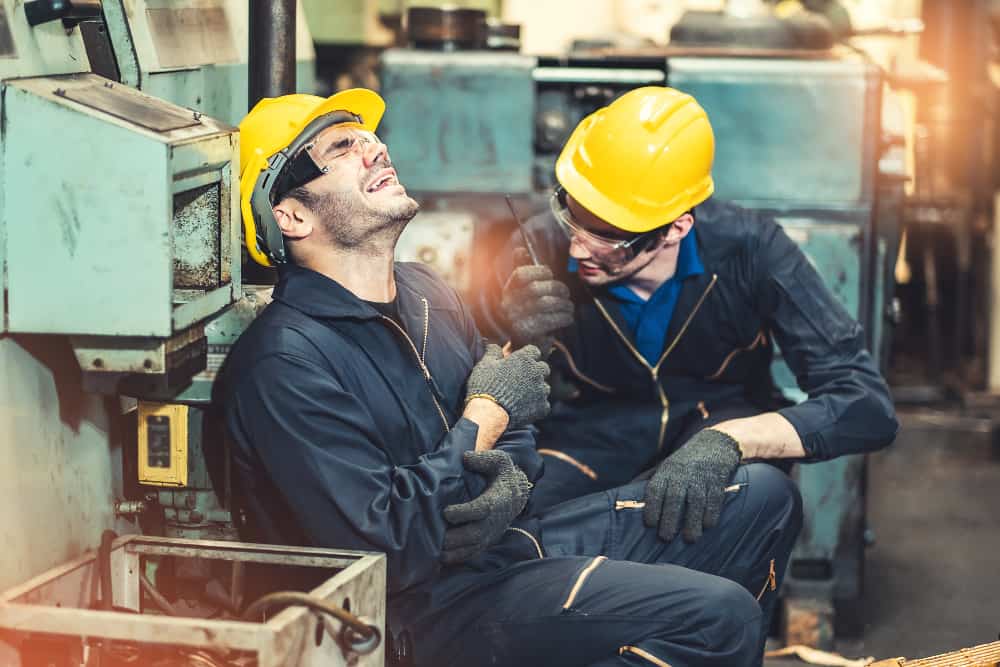 Workplace injuries are more common than many people realize. According to statistics released by the US Department of Labor, there were 2.7 million non-fatal workplace injuries and illnesses in the primary industry sector in 2020. This figure includes warehouse injuries, and warehousing ranks as one of the most dangerous industries to work within globally.

It is believed that the second most common cause of injuries in the warehouse industry is overexertion. Overexertion arises when workers place too much stress on their bodies. For example, when a worker tries to lift objects that are too heavy, they are likely to cause soft tissue injuries, such as torn ligaments, tendons, and muscles.

Injuries from Being Hit by Objects

There are many different ways objects can hit workers in a warehouse environment. For example, injuries such as lacerations, bruises, broken bones, and concussions often occur when workers are hit by handling equipment, falling loads, forklifts, and shifting inventory.

Forklifts are a very common machine in warehouses. These powered industrial trucks are frequently used to remove, raise, move, and lower objects in a warehouse environment. There are approximately more than 20,000 accidents in the workplace environment involving forklifts, resulting in an estimated 95,000 injuries annually.

Usually, forklifts are controlled by either walking operators or are ridden by operators. Both types of forklift operations can cause severe workplace injuries.

In some instances, incidents occur when forklifts overturn and cause crush injuries. Additionally, forklifts cause the most injuries while loading and unloading objects. Some injuries commonly seen in forklift accidents include head injuries, whiplash, muscle sprains, and chronic pain from repetitive motions.

Some of the most severe injuries are seen with warehouse workers who work at loading docks. This is because a loading dock is one of the most hazardous areas with constant activity. Workers have been known to sustain crush injuries from loading and unloading objects. Other common injuries on loading docks are fall injuries, causing damage such as hip fractures, traumatic brain injuries, and back and spinal cord injuries from falling off of a dock.

Additionally, while working at a dock, many warehouse employees have sustained broken bones, concussions, and soft tissue injuries while moving objects to the area they need to be shipped. If you have sustained an injury on the job and are unsure of your eligibility for a claim, consider consulting with a California workers’ compensation lawyer.

At the KCNS Law Group, we have the necessary resources and skills to help navigate challenging workers’ compensation claims cases involving warehouse injuries. At our California firm, we have more than 40 years of combined experience tackling workers’ compensation cases. Our group of lawyers is dedicated to making sure you receive the benefits you deserve. Should you want to schedule a consultation and begin the claims process, you can contact us here or call (818) 937-9255.