Will Security Cameras At Work Affect My Workers’ Comp Claim? 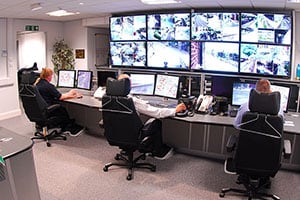 Being injured at work is frightening. One minute you’re up on a ladder and putting away boxes of stock and the next minute you’re lying on your back with a pain like you’ve never felt before. You may have even been doing something as simple as walking into the break room when you suddenly slipped on a wet area of the floor that didn’t have an appropriate warning. There are hundreds of ways to hurt yourself at work, and all of them can be damaging. These accidents can happen in an instant, and they can change your entire life.

As an employee in California, you are entitled to access your employer’s workers’ compensation insurance in the event that you are injured on the job or at your place of work. However, there are many instances where an employer or an insurance company may attempt to fight the claim in order to avoid paying out compensatory fees to an injured employee. Oftentimes, security footage is a piece of evidence used against workers in these cases, and it can potentially be damaging to a workers’ compensation case.

What Kind of Security Footage is Used in Workers’ Compensation Cases?

Certain locations of employment have different kinds of security methods implemented, based on the environment and the number of employees or guests. A small insurance office with only fifteen employees will not have as many security cameras as a large retail department store with over fifty employees and hundreds of guests each day.

CCTV cameras, otherwise known as “closed-circuit television cameras,” are typically used in the main area of retail stores or similar environments in order to monitor shoplifting, but they may also occasionally capture footage of employees that can be used in workers’ compensation cases.

If a fellow employee or supervisor captures footage of an injured worker that pertains to the claim, that footage may be used as evidence in the case. Even customers who record the event may supply their images or videos to the prosecution, and they may also be asked to testify if the case goes to trial.

Since many insurance companies will attempt to reduce how the court views the severity of the case, they may hire private investigators to track the injured employee to see if they can obtain evidence that proves the person is not as hurt as they claim. This footage gathered by the investigator can, in fact, legally be used in court if any damaging information is recorded.

Private investigators may visit a person’s home, their place of worship, or their recreational locations in order to capture the footage they need to prove that the injury is not as severe as the employee says. If an individual were to tell an insurance company that they experienced a broken rib as a result of falling off a ladder at work and were later witnessed by a private investigator as playing sports or performing a high-impact activity, their claim can be denied.

Can Security Footage Work in Your Favor for a Workers’ Compensation Case?

Although many security cameras are set up to capture shoplifters, they can capture other footage as well. Accidents recorded on a store’s CCTV camera can be used in a workers’ compensation case to support an employee’s claim that the accident occurred.

In addition to recording the event, security footage can also capture video of events that may have led up to or caused the accident. For example, if an employee is seen on surveillance mopping up an area of the store and not placing down a cautionary sign, the employee who slips in that wet area of floor can use that footage as proof that there was a cause for the accident which they suffered.

It can be difficult to fight with an employer’s insurance company in order to get compensation for your work-related injury in California. The best way to navigate a complicated case related to workers’ compensation is to protect yourself by hiring an experienced legal professional. Here at KCNS Law Group, our skilled and dedicated team of lawyers has decades of experience in handling workers’ compensation claims. Our focus is always on helping workers get the financial compensation that they deserve.

Don’t go another day without seeking justice for your work-related injury. Contact the qualified professionals at KCNS Law Group by calling (818) 937-9255 or reaching out to us online to find out more information and schedule your free case consultation today.